What is humility anyway?

Or is it it just a strategy to make people like you and be your fan club?... 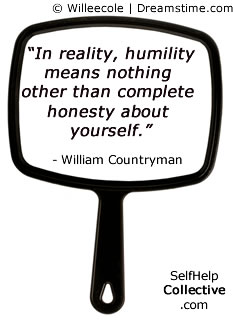 Hmm. Good questions! Well, I've hand-picked a fine collection of quotes on humility - some giving quotes, some change quotes and even some relationship quotes - to let you decide for yourself.

And if you like what you read, or where the related links take you, then don't forget to sign-up to The Daily Delight & A Deeper Delight newsletter, will you!

By the way, this might be one of those times where it's okay to read ALL the quotes - they each tell their own story about that much misunderstood human quality that is humility!

Humility quotes - what they say...

"We come nearest to the great when we are great in humility."
-- Rabindranath Tagore

"The firm, the enduring, the simple, and the modest are near to virtue."
-- Confucius

"I believe the first test of a truly great man is humility."
-- John Ruskin

"Humility is eldest-born of Virtue, and claims the birthright at the throne of heaven."
-- Arthur Murphy

"Lowliness is the base of every virtue, And he who goes the lowest builds the safest."
-- Philip James Bailey

"Humility is knowing you yourself desperately require forgiveness as the greatest of all needs."
-- Martha Kilpatrick

(Why don't you start that journey of forgiveness right now! Share your story - whether it's a success to proclaim or a suffering to sorrow over, it's good, really good, to share!)

"Humility, that low, sweet root, From which all heavenly virtues shoot."
-- Thomas Moore

"Humility and resignation are our prime virtues."
-- John Dryden

"Even if you be otherwise perfect, you fail without humility."
-- The Talmud

"Be modest! It is the kind of pride least likely to offend."
-- Jules Renard

"It was pride that changed angels into devils; it is humility that makes men as angels."
-- Saint Augustine

"So much of how we act and what we do is based on humility or pride - that's everything. And when you can humble yourself, you know, we are more like Christ when we can humble ourselves."
-- Tim Tebow

"God resists the proud, but gives grace to the humble."
-- The Bible

"Oh, that we fully understood how very opposite our self-righteousness is to the designs of God!"
-- Jeanne Guyon

"One learns to ignore criticism by first learning to ignore applause."
-- Robert Brault

(And maybe that's something to bear in mind when it comes to fear of rejection - don't put a 'meaning' to whatever outcome occurs? Hmm, how much we can learn from simply reading some humility quotes...)

"The superior man is modest in his speech, but exceeds in his actions."
-- Confucius

"Blessed are the meek: for they shall inherit the earth."
-- Matthew 5:5

Let's take a breather, eh! All that giving and being modest about it, well it's tiring isn't it! Take a peek at this humility quotes video instead - only gonna take a few minutes of your time, I promise... (or find more inspirational videos here!)

Humility quotes - what they STILL say...

"Modesty is the citadel of beauty."
-- Demades

Hey, did you know that even relationship quotes can be humble...

"A candle loses nothing of its light by lighting another candle."
-- Fr. James Keller

"Life is a long lesson in humility."
-- James M. Barrie

"Without humility there can be no humanity."
-- John Buchan

(In essence, this is what these recommended personal growth tools are about!)

"Blushing is the color of virtue."
-- Diogenes

"One thing that golf teaches you is humility."
-- Robert Wagner

"Nothing can be further apart than true humility and servility."
-- Henry Ward Beecher

"Do you wish people to think well of you? Don't speak well of yourself."
-- Blaise Pascal

(Hey, if you have a relationship question or would like to help someone who has, then please check out our relationship advice forum! Or you can carry on reading these humility quotes, it's up to you!...)

Now it's time for some powerful change quotes on humility...

"It is always the secure who are humble."
-- GK Chesterton

"A man wrapped up in himself makes a very small bundle."
-- Benjamin Franklin

"Our ego hinders our ability to influence more than anything else under our control."
-- Michael McKinney

"Humility leads to the highest distinction, because it leads to self-improvement."
-- Sir Benjamin Collins Brodie

"Modesty is a shining light; it prepares the mind to receive knowledge, and the heart for truth."
-- Madam Guizot

(And they say finding happiness is hard, eh!)

"Many people believe that humility is the opposite of pride, when, in fact, it is a point of equilibrium. The opposite of pride is actually a lack of self esteem. A humble person is totally different from a person who cannot recognize and appreciate himself as part of this worlds marvels."
-- Rabino Nilton Bonder

"Humility leads to strength and not to weakness. It is the highest form of self-respect to admit mistakes and to make amends for them."
-- John J. McCloy

"Humility is the gateway into the grace and the favor of God."
-- Harold Warner

"Humility is to make a right estimate of oneself."
-- Charles H. Spurgeon

"In peace there's nothing so becomes a man as modest stillness and humility."
-- William Shakespeare

"Humility is the only true wisdom by which we prepare our minds for all the possible changes of life."
-- George Arliss

"Humility is at the equilibrium of ego. When we’re on center, we manage our ego rather than it managing us."
-- Steve Smith

"It happens, I do not know how, that most of the proud never really discover their true selves. They think they have conquered their passions and they find out how poor they really are only after they die."
-- John Climacus


"Humility does not mean thinking less of yourself than of other people, nor does it mean having a low opinion of your own gifts. It means freedom from thinking about yourself at all."
-- William Temple

And now, to finish off with, some often intriguing humility quotes...

"We'd like to be humble...but what if no one notices?"
-- John Ortberg

"Humility is like underwear; essential, but indecent if it shows."
-- Helen Nielsen

"The more things a man is ashamed of, the more respectable he is."
-- George Bernard Shaw

(This is about self-acceptance, don't you know, something I talk about on sister site InspireGreatnessNow.com !)

"The importance of humility. We need the humility to know that truth can be ephemeral, that this can be but one version of the truth."
-- Ken Auletta

"Real genius is nothing else but the supernatural virtue of humility in the domain of thought."
-- Simone Weil

"Mysticism and exaggeration go together. A mystic must not fear ridicule if he is to push all the way to the limits of humility or the limits of delight."
-- Milan Kundera

"When we become aware of our humility, we've lost it."
-- Unknown

"You know more than you think you know, just as you know less than you want to know."
-- Oscar Wilde

"It wasn't until quite late in life that I discovered how easy it is to say 'I don't know!'"
-- Somerset Maugham

(It is this type of honesty that lies at the heart of solving fear of intimacy problems I truly believe! Once again, we have to say "thanks" to these humility quotes...)

"Personally, I rather look forward to a computer program winning the world chess championship. Humanity needs a lesson in humility."
-- Richard Dawkins

"If I only had a little humility, I'd be perfect."
-- Ted Turner

"Modesty: The art of encouraging people to find out for themselves how wonderful you are."
-- Unknown

"Nobody stands taller than those willing to stand corrected."
-- William Safire

Humility Quotes - What Next?

Okay, here's something you could do to satisfy your appetite for quotations on what could loosely be called "inspired living":

Great! Please support this site, and buy one of my inspirational quotes books. 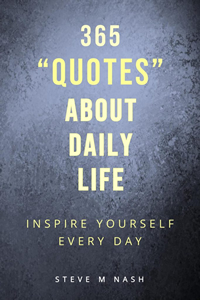 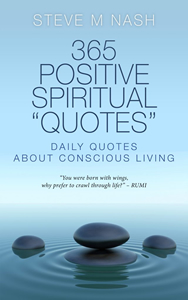